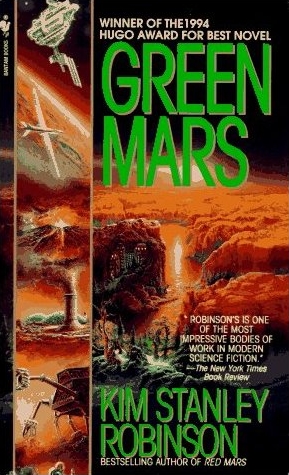 Green Mars is the second novel of the Mars trilogy, published in 1993.

It follows the efforts of the Martian underground, after the failed revolution in Red Mars, to organize and plan for the day they will achieve independence from Earth -- but the agendas of the numerous groups of the underground differ greatly -- all the while the terraforming of Mars continues.

The Ambassador
Point of view: Art

The Scientist As Hero
Point of view: Sax

What Is To Be Done?
Point of view: Nadia

The Spur Of The Moment
Point of view: Maya