KSR's novels are very inspiring for both the intellectual and the adventurer. The Mars novels certainly give a lot of weight to majestic landscapes, virgin vistas and never-before-seen world-building. Who has read the novels and hasn't spent time wondering what would Ann watching a copper-violet sunset over the Tharsis Buldge would look like? One who has is French KSR fan Ludovic Celle, who has dedicated an entire blog to Mars visuals which I urge you to visit (don't be intimidated by the French, the focus here is the visuals): the aptly named Da Vinci Mars Design.

Apart from collecting imagery from every film and documentary on Mars in existence, Ludovic shows a simple and efficient way to produce Mars imagery: by photoshopping (well, GIMPifying) images taken from elsewhere. A red filter over an image from James Cameron's The Abyss takes you to Red Mars (see above).

A silver line over a red sky gives you the space elevator: 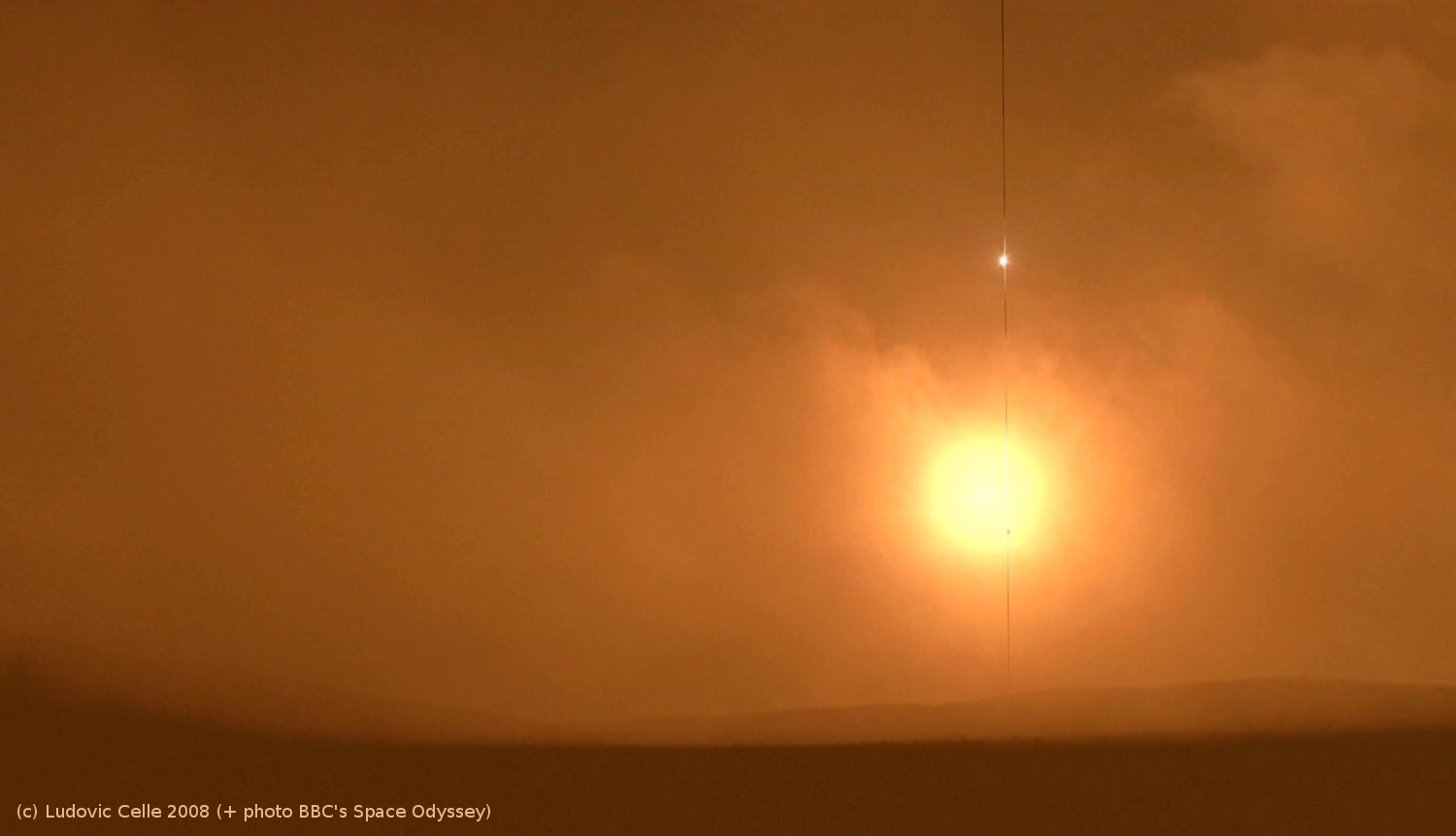 There are many artists who have taken a pencil and drawn what Man on Mars would look like. Apart from Don Dixon (the Mars trilogy US cover artist), there's John Harris, Peter Elson, Manchu, Carlos NCT and many others... Like T.E. Williams and his Ares model, Ludovic has gone from drawing to 3D model. Here's a rover: 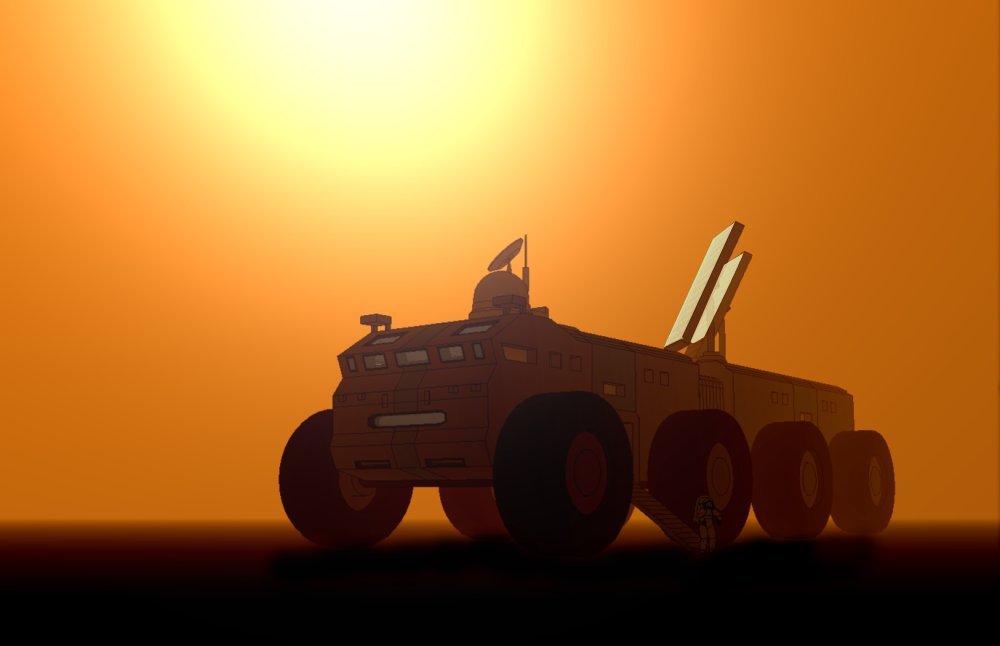 Here's an imressive view of Hiroko's bamboo city of Zygote: 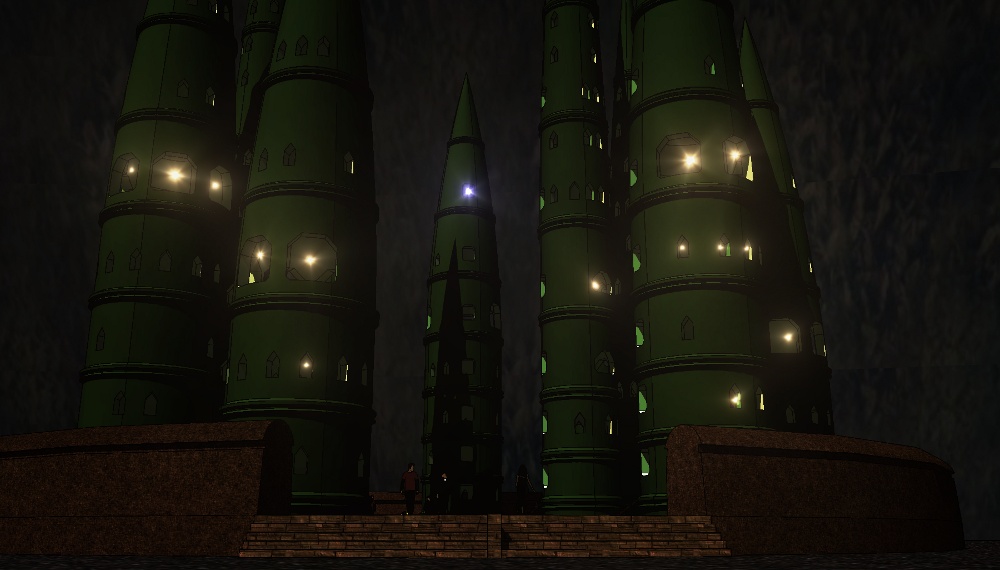 And finally, some pen-drawn sketches or storyboards for some Mars trilogy scenes: 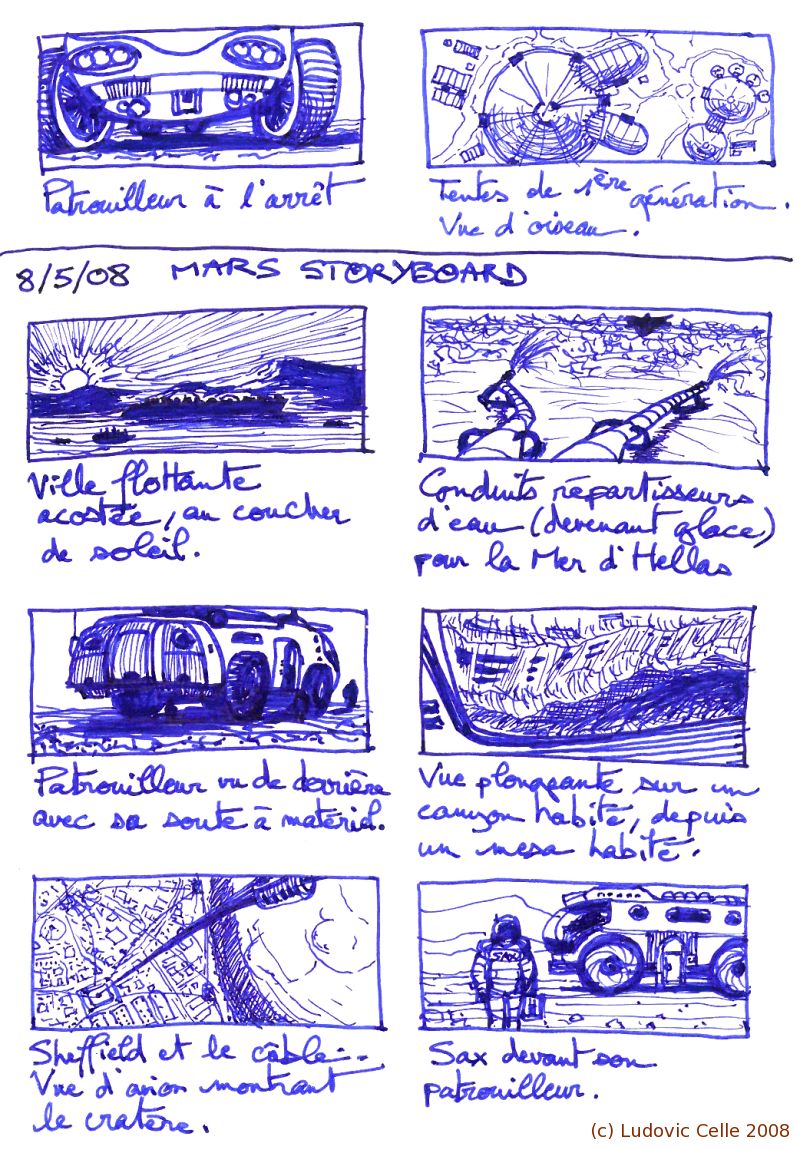 No more of the blood-red sky of Ghosts of Mars. No more tents freely dangling in the toxic martian wind of Mission to Mars. Until we see the real thing. Any visual adaptation of KSR's Mars novels would need to be very careful with photography and design in order to keep with the realism of his vision.